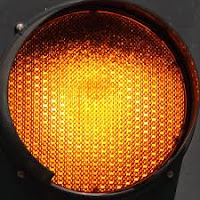 In the recently published case of Ruscheinski v. Biln, 2011 BCSC 1263, Mr. Justice Walker awarded the plaintiff $85,000 in non-pecuniary damages for personal injuries arising from three separate accidents.  Two of the accidents, which occurred in September 2006, were admittedly the fault of the respective defendants.  However, liability was contested with respect to the first accident which occurred while the plaintiff was attempting to make a left turn at the intersection of Dewdney Trunk Road and 227 Street in February of 2006.

Chronic Pain in Neck, Back and Shoulders in ICBC Injury Case

As a result of the accidents the plaintiff sustained significant injuries including: a movement disorder of her neck, straightening of her cervical spine, and scapular “winging” (abnormal movement of the scapula when the arm is raised).  The court further awarded the plaintiff $70,000 for a loss of future earning capacity.  On that point the court said the following:

[120]     I am satisfied that Ms. Ruscheinski has proven, through the opinions of Dr. Feldman and Mr. Pakulak, a real and substantial possibility of a future event leading to a loss of income in business management. She is able to carry on her present position because her employer and job duties permit postural modifications and sick leave. Prolonged activity above a light level will adversely impact her productivity. Ms. Ruscheinski’s overall ability to compete for work in an open job market has been significantly reduced due to her ongoing injuries and the limitations that have resulted. Ms. Ruscheinski’s career options in her chosen field of business management are restricted due to the injuries caused by the accidents. Her ability to find other work in her chosen occupation is adversely impacted even if the treatment regime recommended by Dr. Feldman is successful. Although Ms. Ruscheinski continues to demonstrate a positive and goal oriented attitude towards work and education, I am satisfied, on the balance of probabilities, that some aspect of permanent partial disability is likely. It is the outcome of that regime that will affect the degree to which her capacity to earn income is affected. Regardless of that outcome, however, she will continue to require a flexible employer and a job position that will allow her to adjust posture and maintain mobility. In the circumstances of this case, damages should be measured on the capital asset approach.

[34]        It appeared to me that when giving her evidence, Ms. Biln’s account was based on conjecture and argument. I found it to be unreliable. In my opinion, Ms. Biln was not paying sufficient attention to the traffic conditions prior to the collision. I have concluded that she is still struggling to explain how the accident occurred and has endeavoured to rely on what she understands her driving practises were at the time of the accident.

In the end result, the court found the defendant solely at fault for the accident.  In coming to that conclusion, Mr. Justice Walker said the following:

[51]        The left turning driver has an obligation to ensure that the turn can be made safely, even when the signal light facing on-coming traffic turns amber or red…

[52]        The obligation on Ms. Biln is contained in s. 128(1) of the Act:
128(1) When a yellow light alone is exhibited at an intersection by a traffic control signal, following the exhibition of a green light,
(a) the driver of a vehicle approaching the intersection and facing the yellow light must cause it to stop before entering the marked crosswalk on the near side of the intersection, or if there is no marked crosswalk, before entering the intersection, unless the stop cannot be made in safety.
[53]        I find that Ms. Ruscheinski has met her obligations under the Act. I am also satisfied that Ms. Ruscheinski has proven that Ms. Biln had sufficient opportunity to stop safely and to avoid the collision had she been paying sufficient attention and chosen to stop her vehicle at the intersection as opposed to increasing her speed to “beat the light”…By increasing her speed and proceeding through the intersection, she contravened her obligations under the Act.
[54]        By the time Ms. Ruscheinski began to make her left turn, she was entitled to assume that any vehicles that might be travelling behind Ms. Mulhern’s van and the vehicle behind it, whether in the centre or curb lane, would obey the law and stop at the intersection. It does not matter, in the circumstances of this case, whether any part of Ms. Ruscheinski’s line of sight of the curb lane behind the Mulhern van may have been obscured by the van itself. A left turning driver does not have to assume that an oncoming driver will disobey the rules of the road.
…
[56]        Ruscheinski was entitled to assume that any vehicle traffic travelling in lanes behind Ms. Mulhern’s vehicle would obey the law and stop at the yellow light. Ms. Biln, however, had an obligation to stop at the intersection when the traffic signal light turned yellow. She failed to do so. In my opinion, Ms. Biln is solely at fault for the collision.
[57]        The onus rests upon Ms. Biln to demonstrate that she was unable to stop safely in all of the circumstances… She has not discharged that onus… I am satisfied that Ms. Biln is liable for the accident because she could have safely stopped at the intersection.

Looking for an accident lawyer? Call us.