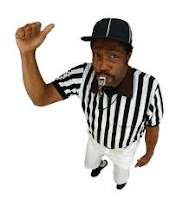 In two recently published cases, Garcha v. Gill, 2011 BCSC 1125 and Dykeman v. Dykman, 2011 BCSC 1169 the Court discussed the issue of the apportionment of costs and the awarding of costs in circumstances in which parties to an action had behaved unreasonably.

Notably, the plaintiff had failed to produce his business records in a timely fashion prior to the trial, causing defence counsel to go to court for orders compelling the production of the records. This was not lost on the judge when it came to considering how costs should be awarded.

At the costs hearing, counsel for the defendant argued that the plaintiff’s formal offer could not reasonably have been accepted because of the lateness of the offer and because acceptance of the offer would have meant that costs earned by the defendant would be unjustly lost. Mr. Justice Cohen agreed and, in declining to award the plaintiff double costs, said the following:

[37] In my opinion, the defence has correctly analyzed the principles of the authorities dealing with the awarding of costs, and I accept the defence contention that the plaintiff has failed to establish any justification for his delay in making his offer to settle. As the defence stated, “A litigant should not be punished for failing to accept an opponent’s eleventh hour [offer] when that litigant made bona fide efforts to resolve the matter at a much earlier date and had since incurred otherwise unnecessary costs, some of which were ordered to be paid by the plaintiff in any event [of the cause]”.
[38] I also agree with the defence, and find, that the chronology of events establishes that there was a significant and entirely unjustified non-disclosure of documents by the plaintiff forcing the defendant to attend in chambers on numerous occasions to apply for disclosure of first party business records that should have been produced in a timely fashion without the need for the defendant to incur this expense. Moreover, had the defendant accepted the plaintiff’s offer made under Rule 37, he would have been precluded from receiving costs already ordered payable to him by the plaintiff: see Tomkin v. Tingey, 2000 BCSC 1133 and Icecorp v. Nicolaus, 2006 BCSC 25…
[40] I accept the contention of the defence, and find that given the background to the plaintiff’s conduct of the litigation, the plaintiff’s offer was not given in the context of encouraging the early settlement of the litigation and the defendant should not be penalized for declining to accept the plaintiff’s offer, particularly given that the plaintiff has fallen far short of satisfying the onus to demonstrate that his offer to settle ought to have been accepted by the defendant. As aptly stated by the defendant, “Would awarding double costs to the plaintiff for his ongoing and sustained failure to produce documents, refusal to entertain an early, reasonable settlement in the fall of 2007 and delivery of a late offer 8 days before trial encourage the orderly conduct of litigation and the policy of early, reasonable offers to settle?” The answer is that given by the defence: “… the time and expense of both the trial and several months of litigation could have been avoided had the plaintiff accepted the defence offer which was only a few thousand dollars less, or, alternatively, countered at that time with the plaintiff’s offer which would have been accepted as per the affidavit of Maria Gahan [the ICBC adjuster]”.
[41] Thus, for the reasons expressed above, I find that an award of double costs to the plaintiff is not appropriate.
On the issue of the apportionment of costs to the parties, Mr. Justice Cohen said the following:
[44] First, I am satisfied that the issue of past income loss is a discrete issue. I am further satisfied that an apportionment of costs of 70% to the plaintiff and 30% to the defendant, as submitted by the defendant, is fair in the circumstances of this case, given the amount for past income loss awarded to the plaintiff, when compared with his claimed amount; the fact that the plaintiff abandoned his claim for future income loss at the commencement of the trial; and, the inordinate amount of time which had to be spent by the defence prior to the trial to secure proper disclosure of the plaintiff’s business records. There is no doubt from the chronology of the events preceding the trial that the plaintiff’s failure to provide full and timely document production of his business records had a large impact on the conduct of the proceedings leading up to and during the trial.

In addition, the costs of the costs proceeding was awarded to the defendant.

In Dykman v. Dykman, Mr Jusitice Halfyard considered costs in relation to an action where neither party had been “substantially successful”, in terms of being more than 75% successful on all issues or better. The judge decided that each party in the case should bear their own costs (with two exceptions). On that point, the judge said the following:

Mr. Justice Halfyard departed from the above rule in order to address “the conduct of the parties in the litigation”. On that point, he said the following:

[27] In my view, the claimant should have the costs of his application to have the trial adjourned from November 1, 2010. Mr. Crampton made it plain (in his letter dated July 1, 2010) that he did not agree that a trial date should be set. While Mr. Crampton was away on vacation, Mr. Thomas went ahead (on July 26, 2010) and set a trial date unilaterally for November 1, 2010. On August 3, 2010, Mr. Crampton filed an application to adjourn the trial. For various reasons, the application could not be heard until September 7, 2010, at which time the adjournment was granted.

[28] In my opinion, it was wrong for Mr. Thomas to issue a notice of trial when he knew it was against the wishes of opposing counsel. I think Mr. Thomas should have applied to court to have a trial date set and attempt to persuade the court that the date he was proposing would be a suitable date for trial. In the circumstances of this case, I do not see how Mr. Thomas could have satisfied the court that the trial should proceed on November 1, 2010.
[29] Next, in my view, the claimant should recover 75% of his costs of the trial management conference held on January 24, and January 28, 2011. In his letter dated December 30, 2010, Mr. Crampton made it clear that he would be objecting to the admissibility of the Payne report dated August 5, 2010, on the grounds that Mr. Payne was not the jointly-appointed expert for the parties and that the report valued the corporate shares as of March 31, 2009, and needed to be updated. Mr. Crampton had been suggesting an updated report by Mr. Payne since soon after receiving his report dated August 5, 2010. It is true that Mr. Crampton did nothing to obtain an order that the report be updated until January 2011. It is also true that he did not object to the admissibility of Mr. Payne’s report (on the ground that he was not a jointly appointed expert) until December 30, 2010 (when the Rules of Court had changed as of July 1, 2010).. However, it should have been apparent to Mr. Thomas that opposition to Mr. Crampton’s request to have Mr. Payne appointed as the joint expert for the parties and to have him update his report based on current information (and at the claimant’s expense) would be bound to fail. The letter of December 30, 2010, also indicates that the claimant would pay Mr. Payne’s fees for updating his report. This was confirmed by Mr. Crampton in his letter dated January 10, 2011. By the time of his letter dated January 19, 2011, Mr. Crampton was accusing Mr. Thomas of being “intransigent.” I would describe the position taken by Mr. Thomas as being unreasonable. The orders sought and made on the trial management conference, should have been made by consent. Since other matters were also dealt with on the trial management conference, I will award the claimant 75% of the costs.
Need help with your ICBC injury claim? Call us.
Personal Injury Law Personal Injury Lawyers