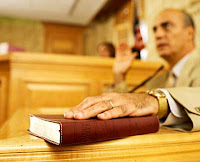 The recently reported case of Robbins v. Webb, 2011 BCSC 1073 dealt with a car accident on an icy road in Okanagan Falls, B.C. The plaintiff said that he was rounding a slight right-hand corner on Green Lake Road when he saw a pickup truck half-way in his lane. He said he applied his brakes and tried to turn to the right. This, he said, caused the rear of his vehicle to fish-tail out to the left. The plaintiff maintained that no part of his vehicle crossed into the oncoming, southbound lane. His car was struck on the left-hand side by the pickup. The defendant, driving his 1994 Chevrolet Silverado pickup truck, said he observed the rear end of the plaintiff’s vehicle “kick out” toward the centre line as the driver of the car appeared to lose control, then regain it. In those few seconds, the defendant reacted by braking. At that point, he maintained, he was still fully in his own, southbound, lane. He denied cutting the corner and driving into the oncoming, northbound, lane.

Key to the case going in the favour of the defendant was evidence from an independent witness. He observed skid mark tracks from the pickup, which he presumed were from its tires being “locked up”, leading from the tires of the pickup back into the right-hand (southbound) lane. The tracks were in a straight line to the pickup. Prior to the trial this witness had given a statement to ICBC that tended to suggest that at least part of the pickup truck was on the wrong side of the road. However, to the plaintiff’s detriment, this mistake was corrected at trial.

In the end result the trial judge held that he could not place liability on the defendant for his decision to apply his brakes (a decision that may have caused his vehicle to skid into the oncoming lane of traffic), as that decision was precipitated by the plaintiff losing control of his vehicle:

[12] I find that the most reliable evidence is that of Mr. Cameron. He was first on the scene and has no relationship to either party. He observed the tire tracks leading from the Silverado before anyone else was on the scene…His statement to ICBC was misleading as to the location of the tracks, but he clarified that in evidence at trial. I have no doubt that what he meant to convey to the ICBC adjuster is what he said in evidence at trial: skid marks from the Silverado pickup originated in the centre of the southbound lane…
[13] Thus, I accept that Mr. Webb was fully in his own southbound lane when he first commenced braking. I also find that the reason Mr. Webb applied his brakes hard, locking them and causing his vehicle to slide into the northbound lane, was because Mr. Robbins had temporarily lost control of his vehicle due to the poor tread on the Cobalt’s tires coupled with his driving too fast for the icy road conditions, which caused the left rear of the Cobalt to skid sideways in a clockwise direction, crossing partially into the southbound lane. Mr. Webb reacted to a situation precipitated by Mr. Robbins, not the other way around.
[14] It may well be that if Mr. Webb had not braked, his vehicle would not have skidded into the oncoming lane. Mr. Robbins was probably in the process of regaining control of the Cobalt when he was struck. But, in the heat of the moment, one cannot say that Mr. Webb’s reaction was inappropriate. To his right was a steep uphill bank, so his options were very limited. He reacted to the position he found himself in as a result of the negligence of Mr. Robbins.