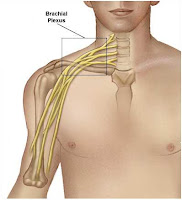 In the recently published case of Harrington v. Sangha, 2011 BCSC 1035, Mr. Justice Willcok awarded in excess of a million dollars (less adjustments) to a plaintiff injured in a motor vehicle accident involving a tractor trailer that lost control in an “S” turn on Highway 97 south of Quesnel. The front end and roof of the plaintiff’s vehicle were crushed in the accident. The plaintiff suffered an injury to the upper trunk of the left brachial plexus and was left with very little movement of her left shoulder. After the accident, she could no longer lift her left arm at the shoulder. She also suffered a traumatic brain injury which affected her cognition, memory and concentration and left her “irritable and disinhibitied”. In addition the plaintiff suffered from chronic pain and required “significant medication”.

The defendant, Sangha, argued that the plaintiff should be held partly responsible for the accident on the basis that she was driving too fast and following the Sangha vehicle so closely that she was unable to take appropriate action to avoid the collision. The Court declined to find that the plaintiff was partly at fault for the accident. On that issue the Court said the following:

[130] The law does not require a prudent man to foresee everything possible that might happen and is not quick to find fault on the part of a driver who is confronted with a vehicle that is not obeying a statutory requirement. Momentary decision or indecision can only be regarded as a failure if the standard applied is one of instantaneous perfection.
Haase v. Pedro (1979) 21 B.C.L.R. (2d) 273 (C.A.); Corothers v. Slobodian, [1975] 2 S.C.R. 633; Tucker v. Asleson (1993), 78 B.C.L.R. (2d) 173 (C.A.); and Buksh v. Franco, [1995] B.C.J. No. 1331 (S.C.).
…
[181]The allegation of contributory negligence made against her appears to be founded solely on the fact that the collision occurred and the evidence that the plaintiff may have been driving at the same speed as the defendant Sangha. The inference of speed may be drawn from the close contact over many miles between the vehicles involved in this collision. It is not necessary in my view for me to make a finding with respect to the speed at which the plaintiff’s vehicle was travelling immediately before the accident. Ms. Harrington did not lose control of her vehicle before the collision. Nor was she warned, as was Sangha, of the approaching danger. Nor was she driving an inherently unstable vehicle that was known to be difficult to control. Ms. Harrington’s evidence was that she was driving a vehicle with relatively new studded snow tires. A speed that was safe for her vehicle may have been inherently unsafe for the Sangha vehicle. The admission of liability on the part of Sangha must be said to arise from all of the circumstances in this case and may include his failure to heed the warning that was not available to Ms. Harrington, leading to a loss of control of his vehicle.
[182] … The plaintiff argued, that Ms. Harrington could have swung to the right, seeing the approaching trailer and that there was some available space on the travelled roadway through which she might have driven to avoid a collision. That criticism calls upon Ms. Harrington to exercise fine judgment in the moment of peril. To attempt that manoeuvre might have risked a loss of control, leading to a more significant collision. Pulling quickly to the right might have exposed both Ms. Harrington and her daughter to greater injury. I cannot say that she was negligent in failing to avoid the collision in this case.

The plaintiff was awarded $210,000 in non-pecuniary damages (pain, suffering and loss of enjoyment of life).

Positive Contingency – Work After 65:
In determining the plaintiff’s loss of future earning capacity, the court held that it must take into account the statistical possibility of the plaintiff working after she turned 65 years old. On that point, Mr. Justice Willcock said as follows:

[197] In my view on the evidence the most accurate picture of Ms. Harrington’s loss will be obtained by using her historic earnings as a basis for the appraisal of the loss and estimating of her pre-accident potential future earnings net of part-time work and unemployment …On the other hand, the estimate must, in my view, take into account the possibility that due to marriage or another relationship, assistance from her children or some unforeseen event reflected in the statistics, the plaintiff might at some point have withdrawn from the labour force. Some weight should be given, in this estimate, to the plaintiff’s pre-existing medical problems. It certainly cannot be said that there was no real and substantial prospect that she would be out of the labour force at some point during her remaining working life. Given her circumstances, her need to support herself, her absence of means and the fact that she is past her child-bearing years, I am not convinced, however, that the contingency for non-participation should be as high as the statistical average for all women similarly situated. For that reason, I would use a multiplier less than the actuarial multiplier of 14.973 but higher than Hildebrand’s suggested multipliers that include very significant allowances for part time work and unemployment. For the purposes of an initial estimate of the loss to age 65, I would use a multiplier of 12.5.
[198]That multiplier may understate the loss because it makes no allowance for the statistical possibility of continued employment after age 65. Given that the tables used by the experts to calculate the multipliers do make allowances for the statistical possibility of retirement before age 65 there is, in my view, no basis for not also taking into account the prospect that a person might work after age 65. In fact, there is no reason other than the shortage of statistical evidence referred to by Carson, why the net present value of the lost stream of earnings should not be calculated over a plaintiff’s remaining lifetime.
[199] The effect of extending the calculations from age 65 to age 75 is to increase the actuarial multiplier by approximately 18% from 14.973 to 17.627. Increasing the multiplier to age 65 of 12.5 by the same ratio results in a multiplier to age 70 of 14.70. I find that the use of that multiplier will result in a fair estimate of the net present value of the future income loss in this case, as a starting point to the assessment of a just award.
[200] The net present value of a stream of earning of $22,000 per year, appropriately discounted, to age 70 is (14.70 x $22,000): $323,400.

Deductibility of PharmaCare Benefits:
The defendant argued that the plaintiff should not recover any portion of the cost of medication she may require, as she was eligible to receive PharmaCare benefits. This, he argued, would amount to a double recovery. This argument was not accepted by the Court. On that issue, Mr. Justice Willcock said the following:

[158] The short answer to that argument is that where the benefit in question is not available to individuals, because they have a remedy against a tortfeasor, where there is a provision in the plan for subrogation, or where there is an obligation on the recipient of the benefit to repay the benefit from the proceeds of litigation, an award will not result in double recovery. The availability of benefits paid on such terms should not reduce the award.
[159] As this court noted in MacEachern v. Rennie, 2010 BCSC 625 at para. 422:
Medication costs required as a result of a motor vehicle accident must be paid for by a motor vehicle insurer, and in such a case, PharmaCare is the insurer of last resort.
[160] It was the evidence of Mr. Moneo that the PharmaCare programme is not intended to be available to persons who have a tort claim for the cost of their medications. Counsel seeking to have the deduction made from the award was reduced to arguing that there will be double recovery if the plaintiff recovers an award for the cost of her medications and conceals the award from PharmaCare or if she squanders her award and again becomes dependent on the state to pay for her drug expenses.
[161] The award in this case is made in the expectation that Ms. Harrington will report the outcome and use the award as intended. The judgment cannot be founded upon the presumption that the plaintiff will make a fraudulent PharmaCare claim. In any event, PharmaCare will be aware of this judgment, having made submissions and having been given standing to address the issue.
[162] There is no real risk of double recovery in this case and no basis for an award other than that which is necessary to ensure the plaintiff will be in a position, without relying upon the state, to pay the cost of the drugs she requires.