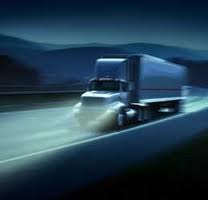 A recent decision of the B.C. Supreme Court, Rackstraw v. Robertson, 2011 BCSC 947, dealt with the duty on a driver who pulls out to pass near an intersection.

The defendant, Mr. Robertson, was driving northbound along a highway in Abbotsford BC, with a single lane in each direction. When he reached a portion of the highway with a broken centre line, Mr. Robertson decided to pass the vehicle ahead of him.

Unfortunately, the plaintiff, Mr. Rackstraw was pulling out from a stop sign at an intersection about 20 feet ahead, on the west side of the highway, and was hit by Mr. Robertson’s vehicle.

The court found that Mr. Rackstraw was negligent for pulling out from a stop sign when it was not safe to do so. However, the more pressing question was whether Mr. Robertson should have been watching for vehicles at the intersection before pulling out to pass on a single-lane highway. Justice Fisher held that Mr. Robertson was not negligent:

[27] Mr. Robertson complied with ss. 157(1), 159 and 160 of the Act. He had a clear view of Mount Lehman Road for a safe distance ahead before he started his pass. He did not look for traffic approaching from Sunset Crescent. The law imposes a duty on him to keep a lookout for what was ahead of him. It does not impose a duty to keep a lookout for traffic on intersecting roads; to do so would indeed be dangerous. Mr. Robertson was entitled to assume that other drivers would observe the rules of the road, particularly those in the position of Mr. Rackstraw, who was governed by a stop sign and an obligation to yield.