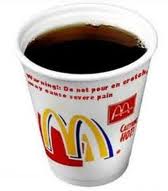 Everyone knows the case: a woman spills McDonalds’ coffee in her lap, and she gets a multi-million dollar award. So can anyone who gets injured expect a huge payday? No, at least not in Canada. There are several reasons why we don’t see those kinds of awards here:

Another point to consider is that the media always reports the big jury award, but rarely follows up with the appeal. The McDonalds case was initially a $2,860,000 award, but after appeal it was reduced to $640,000 — still a lot, but less than a 1/4 of the original award. Finally, it is worth noting that one reason for the large punitive damages award in that case was that McDonalds refused to accept the plaintiff’s offer to settle for $20,000 (essentially reimbursing her for 8 days of hospital care, including skin grafts). You can read more about the McDonalds case here. If you’re really interested, consider watching the movie, Hot Coffee.