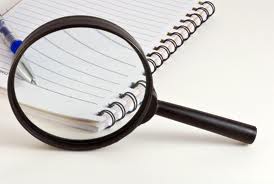 Under s. 75(c) of the Insurance (Vehicle) Act, any claim by an insured is forfeited if “the insured makes a wilfully false statement with respect to the claim.” In general terms, this means that if you lie to ICBC, and it is potentially material to how ICBC will process your claim, they have the right to refuse payment of any benefits that you would otherwise be entitled to receive.

The basic message is simple: don’t lie. However, sometimes people make mistakes, and there are some very narrow exceptions that will allow the insured to avoid forfeiture. The two main exceptions are:

Wilful vs. Not Wilful

The standard description of a ‘wilful’ statement under this provision comes from a 1993 decision of our Court of Appeal, Peterson v. Bannon (1993) 84 B.C.L.R. (2d) 350. There the Court set down the principle that a wilful statement is one made intentionally, knowingly and purposely, without justifiable excuse. This is distinguished from a statement made carelessly, thoughtlessly, heedlessly or inadvertently.

Material vs. Not Material

The test for materiality under s. 75 is the same as the test for materiality in insurance law generally: is the statement capable of affecting the mind of the insurer: Inland Kenworth Ltd. v. Commonwealth Insurance Co. (1990) 48 B.C.L.R. (2d) 305 (C.A.). Note the word ‘capable’: it doesn’t matter that ICBC did or did not rely on the false statement, as long as the statement was capable of affecting ICBC’s ‘mind’ as to the management or payment of the claim: Brown v. ICBC, 2004 BCCA 254.

This requirement has also been interpreted in a way that favours ICBC. They don’t have to show any prejudice arising from the false statement: so long as the statement could theoretically affect how ICBC processes the claim, it is material. Even where the insured corrects the statement before ICBC has taken any action at all, the courts have found that the statement is material.

It is certainly arguable that the courts have been too rigorous in applying this provision. In particular, it is unclear what policy is advanced by denying benefits to an insured who makes a false statement and then quickly realizes the error of his/her way by correcting the statement before ICBC has been prejudiced. However, the lesson is clear: always tell the truth when reporting your accident or injury claim to ICBC!