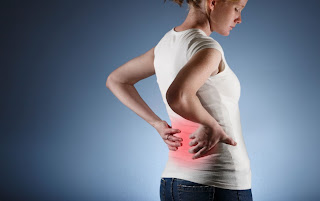 In the recently published case of Sevinski v. Vance, 2011 BCSC 892, Mr. Justice Voith awarded $60,000 in non-pecuniary damages to a plaintiff who sustained personal injury in a car accident that took place in November 2007. That accident left the Plaintiff with pain in her back, neck, hip and knees. The Plaintiff’s symptoms were ongoing after three and a half years and causing some functional impairment. Of note, the Court found that the plaintiff had failed to take reasonable steps to address her injuries. As a result, her award for pain and suffering was reduced by 25%. A $30,000 award for loss of future earning capacity was similarly reduced.

Requirement to Seek Treatment After an Injury

[68] Instead, the proper starting point is the obligation of an injured plaintiff to seek appropriate medical assistance. The failure to seek such assistance cannot and does not displace or diminish the plaintiff’s obligation to mitigate his or her loss. Thus, in Jamie Cassels and Elizabeth Adjin-Tettey, Remedies: The Law of Damages, 2nd ed. (Toronto: Irwin Law, 2008) at 389, the authors state:
Plaintiffs who are tortiously injured have an obligation to take reasonable steps to mitigate their injuries and cannot collect damages for losses that could be avoided. Mitigation in the circumstances ordinarily requires the plaintiff to seek appropriate medical treatment …
[69] Similarly, in S.M. Waddams, The Law of Damages, looseleaf (Aurora, Ont: Thomson Returers, 1991) at 15.260 the author states:
In personal injury cases, the plaintiff is obligated to submit to reasonable medical treatment and to seek and follow medical advice where appropriate.
[70] I have said that I do not accept that the plaintiff sought adequate assistance for or described the nature and extent of her difficulties with any medical practitioner and, in particular, with her family doctor, Dr. Forrest. I view this failure as significant. Had the plaintiff acted as she reasonably should have, I am satisfied that Dr. Forrest would, in the first instance and at a minimum, have prescribed some form of exercise or other rehabilitative program. If the plaintiff’s condition persisted, I am satisfied that the plaintiff would have been referred to an individual with increased or more focused expertise. I believe this is a reasonable inference or conclusion and it is consistent with Dr. Forrest’s earlier practice. It is she, as I have said, who referred the plaintiff to Dr. Côté Beck for her depression. It is also clear from Dr. Forrest’s notes that she referred the plaintiff to other specialists when it was appropriate to do so. Finally, it is clear that Dr. Forrest and the plaintiff discussed her substance abuse and the need for her to obtain treatment, albeit not in the specific context of her physical injuries and the Accident.

[71] Had the plaintiff been directed to or sought assistance from someone who had the skills of either Dr. Finlayson or Dr. McDougall, I am satisfied and find that she would have been told that in order to address her ongoing pain she would have to participate in a course of physiotherapy as well as address her ongoing substance abuse and mental health issues. This conclusion is reasonable because it is the very advice both doctors are providing at this time. Dr. Finlayson would also have recommended that the plaintiff attend an interdisciplinary pain management clinic.

[83] In summary, I find the plaintiff’s failure to raise her difficulties at an early stage and/or on an ongoing basis with appropriate medical advisers, her failure to obtain guidance or advice on the treatment of those difficulties, and her failure to engage actively and diligently in a course of physical or rehabilitative treatment, together constitute a failure to mitigate her losses.

While the plaintiff was penalized for her failure to act reasonable in respect of obtaining medical treatment following the accident, the Court awarded the Plaintiff $12,000 to attend an Interdisciplinary Pain Clinic. With respect to the legal basis for this award, Mr. Justice Voith said:

[109] Future care claims should be assessed by asking what expenses would be incurred by a reasonable person to obtain medically recommended treatment. In Bystedt v. Hay, 2001 BCSC 1735, Madam Justice D. Smith, as she then was, observed:

[163] Thus, the claim must be supported by evidence that establishes the proposed care is what a reasonable person of ample means would provide in order to meet what the plaintiff “reasonably needs to expend for the purpose of making good the loss”…. It must also be based on objective test of what is moderate and fair to both parties. …