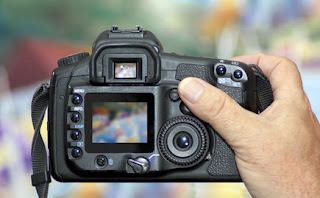 What happens in Las Vegas doesn’t always stay in Las Vegas, despite the claims of advertisers. In the recently reported decision of Abougoush v. Sauve, 2011 BCSC 885, Mr. Justice Rogers ordered a Plaintiff to hand over photographs taken of the Plaintiff while vacationing in Las Vegas and Palm Springs and, following that, in the Caribbean.

Injuries from a Traffic Accident

The photos at the centre of the Defendants’ application were snapped at a time when the Plaintiff alleged that she was unable to work or attend college courses due to injuries sustained in a traffic accident which occurred in December 2007.

In a sworn affidavit, the Plaintiff recalled that she engaged in very little activity during her vacations due to her injuries. She claimed that she spent her time laying poolside and, at times, floated in the pool. Photographs produced by the Plaintiff’s lawyer to the judge at the application for production of the vacation photos told a different tale. They showed the Plaintiff swimming, walking on a beach, going on a catamaran power boat and visiting the Grand Canyon. In sum, Mr. Justice Rogers stated: “The photographs clearly establish that the plaintiff did not spend the majority of her time curled up in her parent’s motorhome or resting poolside in a chaise lounge.”

The Court found that the entire photographic record of the Plaintiff’s vacations were relevant to the issues in the lawsuit and ordered that they be produced to the Defendants.

However, the Court went further and ordered that the Defendant also turn over the “metadata” contained in the digital photographs. On this point Mr. Justice Rogers said the following:

[11] From what I can see of the camera that the plaintiff used to take many of these photographs (the camera can be seen in the reflection off the plaintiff’s sunglasses in some of her self-portraits), I believe it was a digital device. Digital cameras typically record the time and date when the photograph was taken. Some cameras capture the camera’s GPS co-ordinates as well. These data are known as metadata. These data are relevant to a matter in issue in this lawsuit because they may provide information from which the camera user’s tolerance for physical activity from day to day or over several days may be inferred. More particularly, the metadata may be relevant to the plaintiff’s ability to, for example, be active throughout a given day and then go walking on the beach in the evening, or it may be relevant to the plaintiff’s ability to spend an evening at a nightclub until some given hour, and then tolerate swimming the next morning. For that reason, the metadata associated with these photographs must also be produced to the defendants. That discovery may be accomplished by providing the defendants with digital copies of the photographs with the metadata preserved intact in those copies.