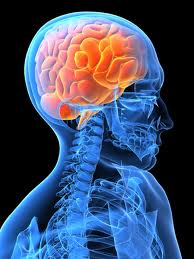 In the recently published case of Rintoul v. Gabriele, 2011 BCSC 858, Mr. Justice Saunders awarded close to a million dollars in combined damages to a 27 year old woman who was knocked to the ground by a motor vehicle as she was walking across the intersection of Richards St. and Dunsmuir St. in downtown Vancouver. Among other things, the Plaintiff suffered a significant head injury.

Duty of Pedestrians in Traffic

With respect to the issue of liability, the Court found that Ms. Rintoul had the right of way when she stepped off the curb at the intersection. The Court further found that the Defendant did not indicate an intention to turn prior to accelerating into the crosswalk and was not a known danger. As to Ms. Rintoul’s duties as a pedestrian, the Court noted as follows:

[29] It is common ground that even if a pedestrian has the right of way, the common-law duty to use care for one’s own safety remains active. A pedestrian who steps into the path of a known danger will generally be held contributorily negligent: British Columbia Electric Railway. Co. v. Farrer, [1955] S.C.R. 757

[31] I do not find that the defendant has discharged that onus.

[32] Ms. Rintoul’s congenital phocomelia decreased her ability to recover balance, and in addition, as she cannot break a fall, left her more vulnerable to injury in a fall. To that extent, the risk to her of injury as a pedestrian, if involved in an accident, was greater than that of the general population, and her duty to care for her own safety accordingly was higher. But as a pedestrian, Ms. Rintoul was not under an obligation to make eye contact with the drivers of stopped vehicles to ensure she had been seen. She was not obliged to keep a constant eye on stopped vehicles in anticipation that they might suddenly accelerate towards her. Nor was she obliged to keep a distance from every vehicle in her immediate vicinity sufficient to allow her react if a vehicle suddenly became a danger.

With respect to her injuries, the Court found that, as a result of the accident, Ms. Rintoul suffered jaw pain, thigh pain, some degree of elevation of her pre-existing neck and upper back symptoms, and headache. It further found that she would continue to suffer those symptoms, though to a relatively minor extent. The Court also found that her injuries had made her more vulnerable to injury in her neck and upper back, in the future, and that she had an elevated risk of seizures.The Court further found that Ms. Rintoul suffered a brain injury “bordering on moderate” or “complicated mild”. A CT scan of the Plaintiff’s head showed hemorrhagic contusions over the right frontal lobe of Ms. Rintoul’s brain. Considering the evidence of the neurologists who testified at the trial, Mr. Justice Cole found that the trauma inflicted on Ms. Rintoul’s brain by the accident had led to permanent and significant cognitive impairment. As a result of her cognitive impairment the Court found that she could not longer be competitively employable in a position of an intermediate legal secretary, nor in any more advanced position requiring her to work with minimal or no supervision on complex tasks or multiple tasks. However, the Court found that she could still function as a junior legal secretary or clerk/typist despite her injuries.

The Court awarded Ms. Rintoul $175,000 in non-pecuniary damages (approximately half of the upper limit allowed by the courts for this type of award).

With respect to loss of future earning capacity, the Plaintiff sought an award of over one million dollars (up to just over 1.3 million). The Defendant suggested an award of something in the range of $155,000 to $174,000. Considering the evidence and factoring in multiple contingencies, the Court assessed the Plaintiff’s loss of earning capacity at $750,000. Paragraphs 283 to 289 of Mr. Justice Saunders’s decision provides a good example of how an award for loss of earning capacity in our courts is truly an “assessment” and not a “calculation”.
Personal Injury Law Personal Injury Lawyers