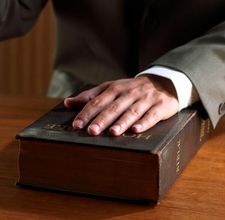 In the recently published case of Ryan v. Klakowich, 2011 BCSC 835 Madam Justice Ross awarded $25,000 in general damages to a Plaintiff whose injuries arose from a “collision of very low impact” which occurred in December 2008. The damage to the Plaintiff’s vehicle following the accident were minimal and consisted of “two small cosmetic marks to the rear bumper plastic cover”.

ICBC’s lawyer argued the the injuries to Ms. Ryan were not as grievous as she claimed them to be. For her part, Ms. Ryan claimed that the injuries suffered in the accident caused serious and permanent impairment that affected every aspect of her life, including her ability to work. In the end, however, the evidence was not strong enough to support the Plaintiff’s claims and the Court noted problems with the Plaintiff’s credibility. On those issues Madam Justice Ross said as follows:

[73] Ms. Ryan’s complaints arise from a collision of very low impact, producing minimal damage to her vehicle and none to the defendant’s. Her injuries are said to be soft tissue injuries for which there are no objective indicators. In such circumstances Ms. Ryan’s credibility is of particular importance since the physicians are to large extent dependent upon her subjective reports in reaching their opinions.

[74] I find Ms. Ryan to be a poor historian. It is my impression that she minimized the extent and duration of the injuries she suffered in previous accidents, both in her testimony and in her reports to physicians in preparation for this litigation. She also minimized the significance of the other medical conditions with which she was dealing. It is her testimony that the burden of taking care of her mother did not interfere with her work or with her social life because her other siblings would fill in. However, this was inconsistent with what she told Dr. Anderson. He reported that she was in considerable distress concerning the care of her mother on several occasions, reporting that the disproportionate burden fell upon her and that her siblings were not providing sufficient assistance.

[75] Ms. Ryan testified that there was no scarcity of work for her as a piano tuner. It was her testimony that before the 2008 Accident she would tune three pianos a day. She says this would be confirmed by her journal. However she did not produce the journal in the litigation. I reviewed the document she did produce for 2008 billings which showed only four occasions that appear to reflect three tunings in one day during 2008, her most profitable year. Thus, the document she did produce is not consistent with her testimony with respect to a pattern of tuning three pianos a day prior to the 2008 Accident. In addition, those records do not reflect a regular pattern of working full weeks, that is five days a week, prior to the 2008 Accident.

In the result, the Court found as follows:

[82] As stated, I have concluded that Ms. Ryan suffered soft tissue injury in the 2008 Accident. Her symptoms included neck, shoulder and back pain and headaches. The symptoms linger to the date of trial. However, I have also concluded that Ms. Ryan has exaggerated the extent of her injuries and their impact on her life. While the facts of each case are unique, it is my view that the circumstances of this case more closely resemble the circumstances of the cases cited by the defendants.

The Plaintiff claimed $10,000 to $15,000 for wage loss for the year 2010 and $100,000 for future wage loss. The Court held that the Plaintiff failed to establish any entitlement to these amounts and dismissed those claims.