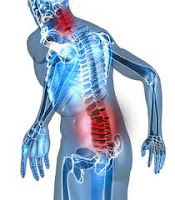 Damages for chronic back pain arising out of injuries sustained in a rear end collision in 2007 were awarded by Mr. Justice Cole in the case of Marchand v. Pederson, 2011 BCSC 852.

Pain in Ribs, Lower Back, Neck and Upper Back in ICBC Case

Ms. Marchand was 21 years old at the time of the accident. As a result of the collision she suffered pain in her ribs, lower back, neck, and upper back (between the shoulders). The Plaintiff’s condition improved with physiotherapy treatment, but her condition plateaued about a year after the accident.

One an a half years following the accident, Ms. Marchand felt that she had improved by about 75% overall, but she still had pain in her lower and upper back and chest. She also experienced wrist discomfort, leg numbness and headaches.

Mr. Justice Cole awarded the Plaintiff $65,000 in general damages and $140,0000 in damages for a loss of earning capacity. With respect to the latter head of damages, he said as follows:

[52] But for the accident I am satisfied that the plaintiff would have been successful in becoming qualified in the automotive repair and painting business. She had a strong performance in the scholastical portion of her apprenticeship training, she has a history of a strong work ethic and, according to Robert Carson of Associated Economic Consultants Ltd., she would earn $51,320 per year in British Columbia in the motor vehicle body repair industry, or in Alberta would earn $61,270 per year.

[53] Assuming that she would have been able to complete her degree qualifications by 2013 and earning $51,000 per year, that would translate into a present value of $1,259,000. Taking into consideration risk factors such as unemployment, injuries and reduced hours, that should reduce the amount by 20%. When taking into account choice variables of leaving the labour force, working part-time, having children, that should translate into a discount of 30%, leaving a present value of $705,064.

[54] It is my view that because the plaintiff had difficulty in obtaining work that would qualify her on the apprenticeship program after her first semester, and because of the risky nature of the automotive repair business, that sum must be further discounted

[55] I am satisfied that the plaintiff, because she is highly motivated, will retrain to the fields that she showed interest in, drafting and special education for children. However, there is no evidence as to the actual value of expected income from those jobs.

The Plaintiff was also awarded $1,000 for vocational counselling and an additional $10,000 for tuition for upgrading.

With respect to the issue of the cause of Ms. Marchand’s persistent pain, Mr. Justice Cole accepted the evidence of the Plaintiff’s expert, Dr. Apel (physiatrist). Her opinion was that there was evidence of fibromyalgia condition, mild mechanical neck pain, thoracic outlet syndrome, and possibly thoracic and lumbosacral ligament enthesopathy. ICBC’s medical expert, Dr. Nowak (physiastrist), provided an opinion suggesting that the Plaintiff’s complaints were related to an aggravation of a pre-existing condition. The Court preferred the opinions of the Plaintiff’s experts over the opinion of ICBC’s doctor. In essence, the Court disregarded the opinion of Dr. Nowak. Mr. Justice Cole went so far as to criticize him for being an advocate for the Defendant:

[41] When he was asked to assume that the chiropractic treatment ended and she did not have pain prior to the second accident, would that mean that the pain was not chronic? The doctor refused to answer the hypothetical question when it was initially put to him.
[42] Dr. Nowak was of the view that he did not consider the plaintiff suffered any injuries from the second accident. When he was shown Exhibit 2, the pictures of the plaintiff’s car, and asked if he would expect the occupants to be injured, he agreed that he would. When asked if he would modify his opinion he stated no.
[43] When asked if he would defer to Ms. Phillips’ opinion about the plaintiff’s limitations he said that he accepted Ms. Phillips’ report. He later on said that he was not in a position to accept her report.
[44] I find Dr. Nowak’s evidence to be problematic. He initially refuses to answer a question based on assumptions. It is clear that he is wrong in his reading of the intake report of Dr. Kinakin where he assumed that the pain was remaining constant. He is not accurate in the date of the last chiropractic treatment. I am of the view that Dr. Nowak is more of an advocate than an expert and I give very little weight to his evidence. I prefer the evidence of Dr. Apel when it comes to the diagnosis of fibromyalgia and the other conclusions reached by Dr. Apel…