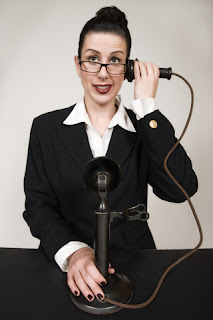 What were they thinking?  In the recently published case of Luis v. Haw 2011, BCSC 815 Mr. Justice Groves considered a Requisition brought by ICBC’s lawyer seeking an order that various defendants be exempted from attending a Trial Management Conference (TMC) and that an ICBC adjuster be allowed to “represent” the defendants at the same TMC by telephone because of a busy schedule.

Most of ICBC’s requests were censured and ultimately denied by Mr. Justice Groves, whose reasons suggest he was not impressed by ICBC’s seemingly indifferent approach to the Court’s process.In dealing with the Requisition he made several key points:
(1)     An applicant must show urgency or extreme inconvenience in order to attend a TMC by telephone. It is not enough to say that you have “appointments” and cannot guarantee your personal attendance.
(2)     Applications should not be made by way of Requisition as it “departs from the long established tradition, of not communicating with the Court without the other side’s knowledge”.  If a Requisition is used “it is good practice to set out…that the other side has been notified of the relief requested in the requisition and whether or not they consent or take a position against it.  If the other side has not been advised, an explanation as to why should be provided”.
(3)     It is “completely inappropriate” for an ICBC adjuster to appear in place of a defendant’s lawyer at a TMC.  There are a number of matters that can be discussed at a TMC that “require legal analysis and are clearly not within the knowledge of an adjuster representing an insurance company”.  It is also “completely inappropriate” when a defendant has counsel to suggest that someone else appear essentially as counsel at a TMC.
(4)     It is “not appropriate” for an adjuster to attend on behalf of defendants, unless he or she has the real authority to make decisions for the defendants.  It is not good enough to say “that exceeds my current authority”.  The adjuster who attends a TMC must have the ability to deal with “all matters” or have ready, immediate access to those who can so instruct.
We simply do not have good phones:In his reasons, Mr. Justice Groves supplied the following explanation and commentary as to why appearances at Court by telephone are strictly limited to matters of urgency and extreme inconvenience:
[7]             As a general rule, court applications, trials or hearings of any sort, the default position is that persons required to attend are required to attend in person. The urgency exception I of course need not comment on further. Examples of extreme inconvenience may be that the matter will be quick, such as a trial management conference set for a half an hour or so, and that the travel costs or the costs of someone attending generally are in fact so prohibitive as to amount to extreme inconvenience. Example of this would be travel from a difference province or travel from out of the country. Examples which would not in my opinion qualify as extreme inconvenience would be travel from Chilliwack to Vancouver, or Kamloops to Kelowna, or Victoria to Nanaimo.
[8]             There is a good reason for this limit on telephone attendances in court. The most pressing of these is perhaps technological, but that is a reality of our courts today. We simply do not have good phones. Quite frankly, in most courtrooms in the province we do not even have phones which have the required speakerphone technology. Often it is a requirement to adjust the courtroom and scramble through a courthouse to find a phone to install in the courtroom that is then able to be used for the purposes of a telephone conference.
[9]             In addition to these limits with the telephone technology we have, court proceedings by phone are extremely impractical, because phones generally and our phones specifically, only allow one person to speak at a time. Our phones do not allow for debate, they allow only one person to be heard, and when a person is speaking on the phone, they cannot be interrupted. On numerous occasions I have had to constantly speak to try to interrupt the person on the telephone whose attention I am trying to get as part of the back and forth of court proceedings. This makes telephone conferences of court proceeding extremely difficult for a presider to handle effectively.
[10]         Additionally, required court attendances ensure people involved in the process abide by courtroom rules of decorum. This is often missed in a telephone attendance. My personal experience has been having the pleasure of hearing people eating, talking on their cellphone, rustling with papers, running their printer, and in one case allowing their dog to constantly bark, while telephone conferences are taking effect. This detracts from the seriousness and the solemnity of court proceedings. These are circumstances which would never be permitted in court, and which the court can control when persons are before them, but these are circumstances which regularly occur through telephone conferences where the courts cannot control a person in another location.