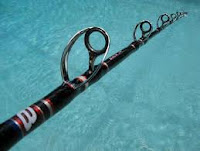 Reasons were released yesterday pertaining to various demands for documents made by ICBC lawyers in two separate personal injury actions.  In Przybysz v. Crowe, 2011 BCSC 731 and Balderston v. Aspin, 2011 BCSC 730 Supreme Court Master Bouck reiterated what has been the law since the leading 1978 decision of the Court of Appeal in Dufault v. Stevens, 6 B.C.L.R. 199 (C.A.).  In that case, the Court held that a party applying for an order for the production of documents must satisfy the court that the application is not in the nature of a “fishing expedition”.  In the writer’s humble view, the most enduring gloss on this principle was penned by Madam Justice Southin (as she then was) in Proconic Electronics Limited and Far East United Electronics Ltd. v. Wong (1985), 67 B.C.L.R. 237 (S.C.) where she stated:

While the expression “a fishing expedition” is hallowed by usage, it really does not provide a principle upon which a decision can be founded. Some fishing expeditions are, if I may put it so, licensed by the Rules of Court and authority; others are not. Perhaps it is not too fanciful to say that a litigant cannot have a licence to fish in his opponent’s private swimming pool unless he can provide some evidence from which it can be inferred that there may be fish in that pool. If there is no such evidence, the defendant need not let him in to see if there is a fish.

Despite that, ICBC’s lawyers are still eager to cast their lines into the private swimming pools of injured litigants in hopes of reeling in evidence to bolster the standard and perfunctory defence allegation of a preexisting injury or condition being at the root of the plaintiff’s injuries or condition.

Mater Bouck said the following about this in the Przybysz application:

[29] The court retains the discretion under Rule 7-1(14) to order that the party not produce the requested list or documents. Again, the court must look to the objectives of the SCCR in exercising this discretion.

[30] As to the form and substance of the request, it has been suggested by Master Baker that:

[31] A similar higher duty or burden rests with the party rejecting the request under Rule 7-1(12): see Conduct of Civil Litigation in B.C (2nd edition), Fraser, Horn & Griffin @ p. 17-7. In my view, the burden is not met by stating that documents will not be produced simply because of the introduction of the SCCR.

[32] The objective of proportionality might also influence the timing of requests for broader document disclosure. The court has observed in More Marine Ltd. v. Shearwater Marine Ltd., 2011 BCSC 166, that under the SCCR:

… the duty to answer questions on discovery [is] apparently broader than the duty to disclose documents.

… if the court is to be persuaded that the broader document discovery made possible by rule 7-1(14) is appropriate in a particular case, some evidence of the existence and potential relevance of those additional documents will be required. The examination for discovery is the most likely source of such evidence.

[33] Nevertheless, neither the court nor the SCCR require that an examination for discovery precede an application under Rules 7-1(13) and (14). Depending on the case, proportionality and the existing evidence might support pre-examination document disclosure so that the examination can be conducted in an efficient and effective manner.

[45] Based on the record before me, I find that the defence has not met the evidentiary burden required by Rule 7-1(11). The plea of a pre-existing injury appears to be pro forma. The defendants must demonstrate a connection between the plaintiff’s pre-existing and accident-related complaints beyond a “mere possibility”: Gorse v. Straker, 2010 BCSC 119 at para. 53.

[46] Furthermore, the plaintiff has disclosed post-accident medical records. Requiring production of the plaintiff’s MSP record since the accident is not supported by the evidence or the pleadings in any manner whatsoever.

In the Balderson application, Master Bouck said the following regarding ICBC’s demand for Service Canada records concerning the plaintiff:

[40] The defendant’s purpose or objective in having the plaintiff disclose the Service Canada records is not clear. The medical records reveal that the plaintiff has been in receipt of employment insurance benefits from time to time. That is no mystery.

[41] Some of the Service Canada records have been disclosed. The defendant does not refer in his written material to any other specific information or document in the Service Canada file that might be relevant to this claim. My notes indicate that the defendant wishes to see any medical evidence on the file. The plaintiff says that she will produce these medical records – if not already listed and produced.

[42] This request for employment-related records is akin to that made by the defendant in Gorse v. Straker, 2010 BCSC 119 at paras. 66-70. The request was denied. As with the court in Gorse, and accepting the plaintiff’s submission, I find that the request for production of the Service Canada file is no more than a fishing expedition.